We managed 2 years of parenthood before Peppa Pig came crashing into our lives. For more than 5 years I have had to endure Peppa and her family and friends doing everything from going to nursery to going camping. Not only have we made it through dozens (hundreds?) of episodes but we have a box full of Peppa Pig toys too. Oh to have been the creators of Peppa Pig. They must be laughing all the way to the bank having wreaked every parents head along the way. 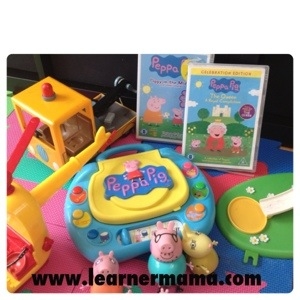 Bob has been around quite a while. We all know that he can fix it. Yes he can.

Another staple of kids TV characters is Dora. The eternal 8 year old explorer who obviously has the most irresponsible parents who lets her off exploring with a monkey and cow.

As if Dora wasn’t enough there has also been the release of Diego. Dora’s cousin.

A more recent addition in our household has been Doc McStuffins. A little girl, whose mother is a Doctor, who becomes the fixer of her broken toys. The songs are annoyingly catchy. You find yourself making beds singing ‘time for your check up, time for your check up’ to yourself.

Fireman Sam is an old reliable. Fireman Sam has been around a long time and at this stage I am slightly concerned at the carelessness of the residents of Pontypandy. There seems to be a fire every other day.

Stateside’s answer to Bob the Builder Handy Manny is a Mexican builder who, like Bob, can fix just about everything with his (annoyingly) chatty tools.

A classic! Mickey Mouse didn’t seem so irritating when I was a child. What happened? With his hot dog, hot dog, hot digity dog I just about have enough patience for an episode.

A giant purple singing dinosaur. Enough said? You might love me Barney but no I don’t love you! 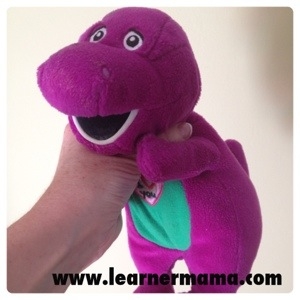 10. Upsy Daisy (and the rest of the Night Garden crew)

I still don’t get In the Night Garden! The characters are insane! Upsy Daisy, IgglePiggle travelling around in a Pinky Ponk and Ninky Nonk? Someone was smoking some of the funny stuff when they created that show.

Just missing out on a top 10 spot (and only because I have been saved by my kids not getting too into them) are The Teletubbies, Jake the Pirate and Cailou.

So, which kids TV characters have been wreaking your head?

Lock up your medicines