As the saying goes “if it wasn’t for the last-minute nothing would get done”.  Christmas Day 2015 my sister gave me a present.  A family ticket for the Croke Park tour and GAA museum.  With everything going on with my Mum, and her eventual death, taking a tour of a GAA stadium was set aside.

Eventually with the voucher fast running out of date (though I am sure they would have been flexible if we had asked) we decided we had better use it up.  What better time than those weird days between Christmas Day and New Years Day.

So on Wednesday 28th December we set off and drove to Croke Park.  It is only about 20-30 minutes from my house and there was ample parking within the grounds of the stadium. We walked the few steps to the door of the GAA Museum, where the stadium tours also head off from. 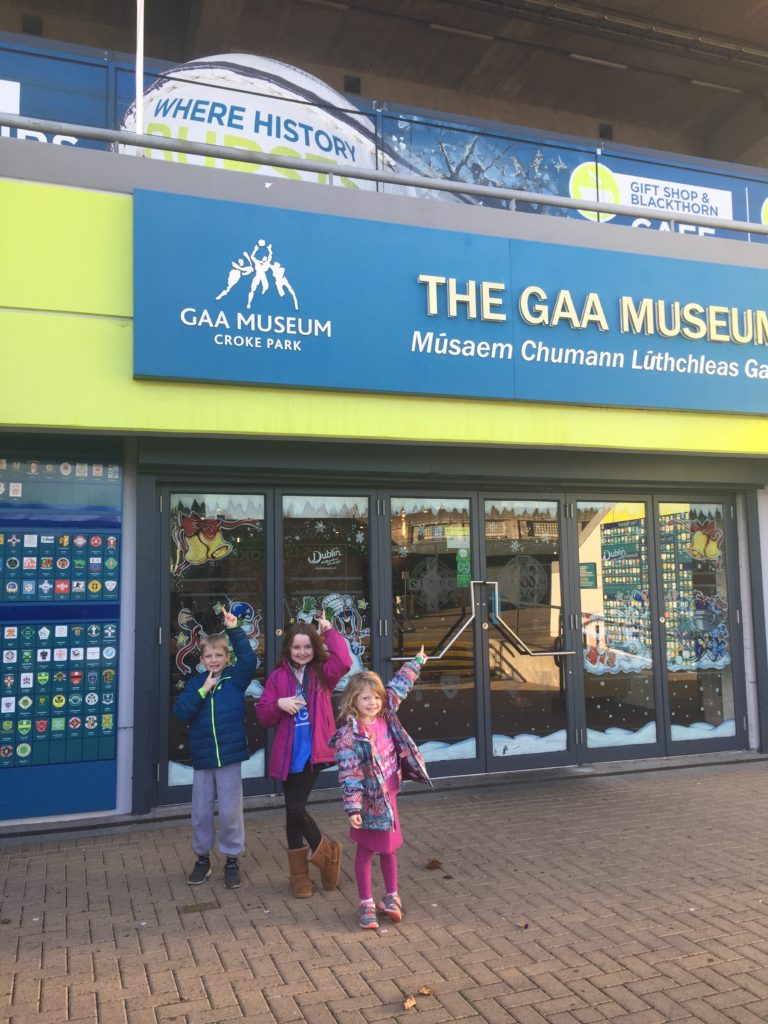 We were quickly checked in and given a wrist band.  The tours were running about 10 minutes behind schedule due to an earlier technical issue (it was their first day open again after Christmas) but it didn’t impact us at all as the museum is accessible while waiting. As is a lovely coffee shop.

We were called for our tour and headed into a large room with tiered seating where we were briefed on what lay ahead before being shown a short video of the behind the scenes action of a busy match day in the stadium.  It was fascinating and really set the scene for the tour proper.

Once we got moving our tour guide Lee led us out to a tunnel where the team buses and other vehicles would come into the stadium.  He set a great scene regarding how noisy and action packed the tunnel would be on match days.  There were also two gigantic hurls on the wall and he explained their background story. 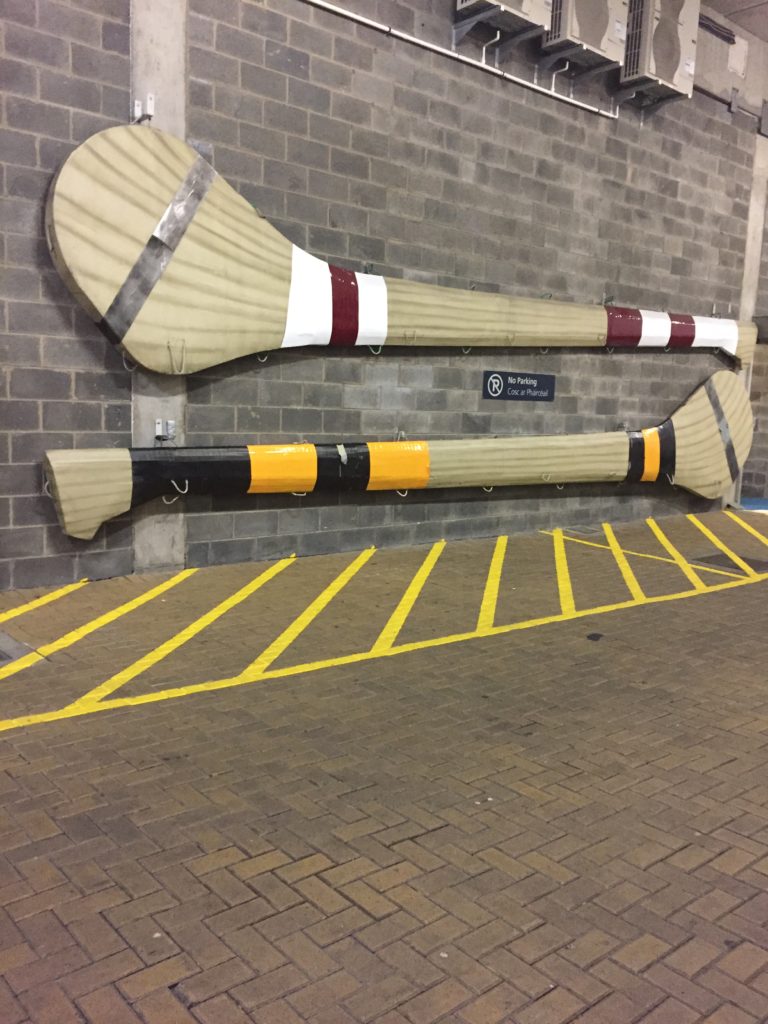 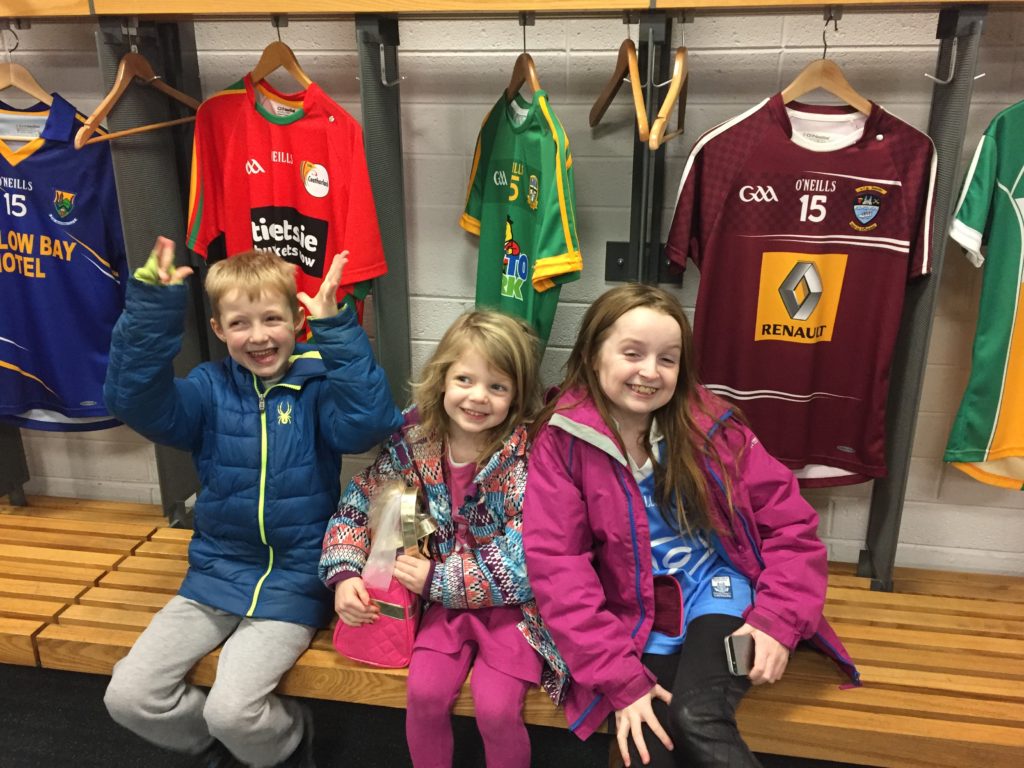 We got to go pitch side (though had to keep off the grass for obvious reasons!) and the kids got to pretend they were going up to get their big trophy!  There was a chance to sit in the VIP area and as luck would have it Emily, my oldest happened to be sitting in the seat that is reserved for the President of Ireland much to her delight.  And she took even more delight from the fact her Daddy was sitting in the First Lady’s seat.  She has gotten great mileage out of that! 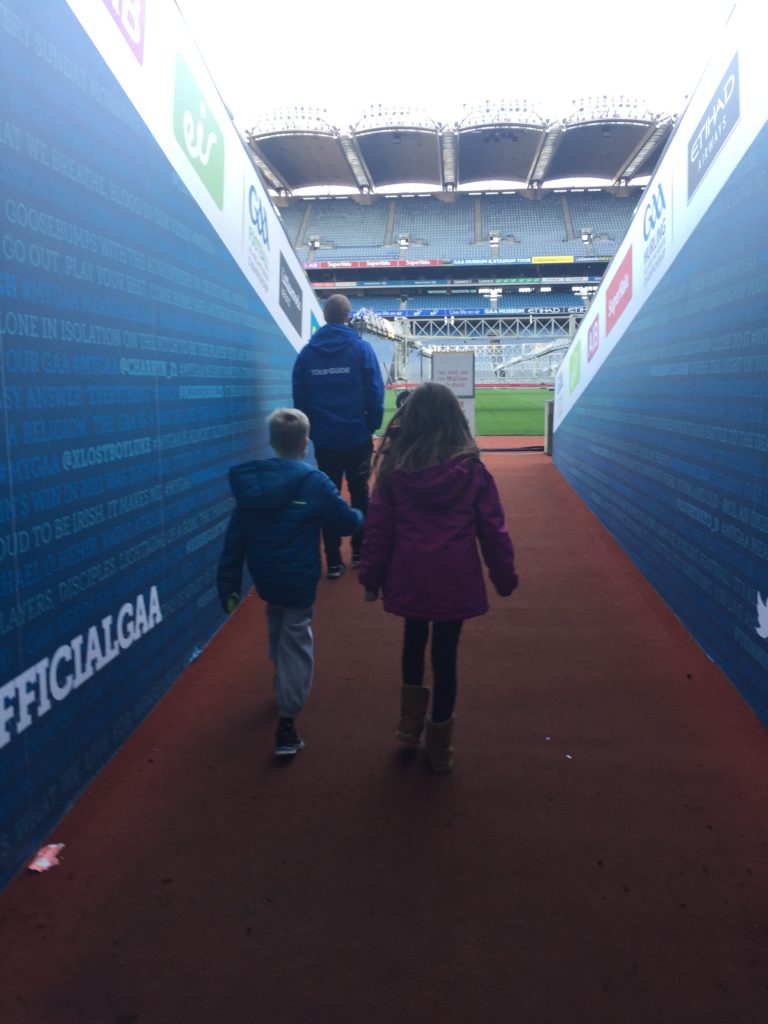 The Press Area was not for those suffering from Vertigo and you certainly got to experience the view from the heights of the stadium.

Finally we got to see how the other half live with a trip to a corporate box.  If I am to go see a match any time soon that is certainly how I would like to see it.

Throughout the tour our guide Lee had all the knowledge about every aspect of the stadium and its history and he was thorough and interesting.  Once the main part of the tour is over (which takes about 90 minutes) you get a free range to visit the GAA museum.  We were on a bit of a tight timescale so only spent a few minutes but you could really spend another hour or two there.

We managed a quick coffee and muffin in the coffee shop and the kids bought some GAA related paraphernalia in the shop and off we went.  A fantastic family day out was had by all. The kids really absolutely adored it and given I live in Dublin it was amazing to visit a local landmark and learn things I would never have otherwise known.  It is so true that there are times you just really should do some of the more touristy things in your own town.  It is so easy to be lazy just because we live here.

I would definitely recommend a trip to Croke Park.  If you are a tourist, it is a must see spot in Dublin and if you are from Dublin it is so wonderful to learn about this amazing landmark with such a rich history right in our own city.

Note: This is not a sponsored post.  My sister bought a family ticket as a Christmas gift and I wanted to share my experience.  I was not asked to write it and all views are my own.

Beat the rain with an Ant-Man Activity Pack Free to Download...