The day I had my first child was an emotional rollercoaster.  I started the day anxious, anticipating a planned sweep of my membranes to try to get my little lady moving.  It ended with pure, unconditional love for a new little life I had not anticipated meeting that day.  The emotions in between were numerous; shock, fear, pain and happiness to name a few.

That was almost eight years ago.  Since that fateful day, when I entered the realm of motherhood, I have continued on the rollercoaster ride.  There is not a single day that has gone by where I haven’t experienced multiple moods and emotions as a direct result of being a mother, now to three fantastic children. 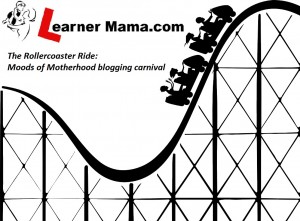 There are the days when the alarm sounds, after a night that was light on sleep, and I feel sheer exhaustion.  All I want to do is curl up under the duvet and sleep for another hour, maybe two. Particularly in the early days of motherhood when the sleep deprivation would literally make me cry (as did many other things).

Now I hear a little voice.  “Morning Mammy”.  I get a cuddle or two, or even three! And my day has already turned around.  I feel sheer joy at greeting my three little faces each morning.  I can count on my fingers (maybe I need my toes too!) the number of days I have woken elsewhere, without them there.  (Although since September there are 5 such mornings!).  I look at them with a full heart.  I could never have anticipated feeling such unconditional love for three small human beings, but it is happening every day.

Of course give me a few minutes and a sibling argument turns my mood to annoyance, as I try to restore peace.  Then guilt for being annoyed with my young kids, particularly on a bad day that sees the voice raised louder than I wanted.  Later on, in the same morning, I feel the anxiety building as we attempt to get out the door and to the school on time.  Then the relief that they are all where they are supposed to be and Mammy gets a few hours to herself.  Of course there are clothes to be washed, beds to be made, blog posts to be written and errands to be run.  At times it is tedious and at times exhilarating.

A few short hours later and as I walk the short journey to the school to pick them up I feel a glow.  Pure happiness that I am here and able to see their smiling faces coming out of the school door each day.  Of course on the rainy days the glow is dampened down slightly.  Not being able to do that as a full-time working mother was something that brought about a massive pang.  I am so thankful to be able to do it now, at least for the time being.

When I was pregnant with my first child I could never have anticipated getting on this rollercoaster of emotions.  Nor could I have imagined how wild a ride it would be.  There is no getting off it now.  I am still learning.  I will always be a Learner Mama but the ride will continue and I couldn’t be happier.

Today’s post is part of the Moods of Motherhood blogging carnival celebrating the launch of the second edition of Moods of Motherhood: the inner journey of mothering by Amazon bestselling author, Lucy H. Pearce (published by Womancraft Publishing).

Today over 40 mothers around the world reflect on the internal journey of motherhood: raw, honest and uncut. To see a list of the other contributors and to win your own copy visit Dreaming Aloud.net A day off and a taste of things to come…..

The Last Firsts [Tales of parenting moments gone by Linky]