My baby turned three on Saturday. I am not sure where those three years have gone.  I now look at my baby but she is not a baby.  She is getting so grown up. 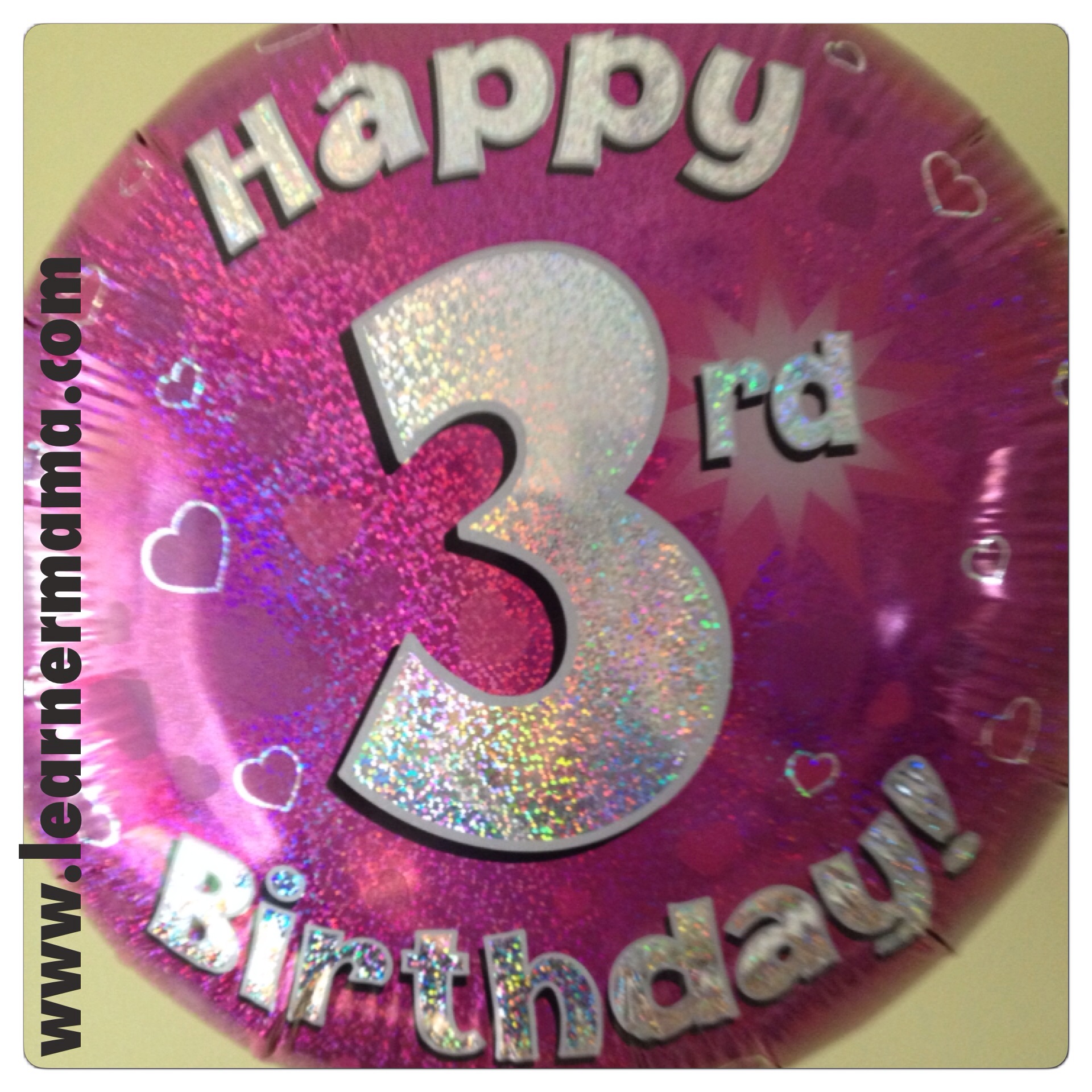 She has full conversations, there are no nappies, no bottles, she can do so many things by herself that I feel like I am being pushed to the side half the time.  “No, Mammy, I’ll do it myself!”

She gives her big brother and sister a run for their money and anything they can do she can do, sometimes better.  She certainly gives everything a try.

Last year, her birthday celebrations were curtailed as many of our relatives were out of the country. She was only turning two. We thought we would just keep it the five of us, she wouldn’t notice. My mum and dad came up to say happy birthday before heading out of the country. We said we would do it properly next year and have the usual full family ‘tea party’.

How fast a year rolls around.  When I checked the calendar I saw that her birthday was falling on a Saturday. Brilliant. We could invite all the family – grandparents, Aunties, Uncles, partners, cousins on her birthday.

We then heard that, due to the ill-health of her great-grandmother, three US-based relatives would be over, including a 3-year-old 2nd cousin. But they wouldn’t be over until the evening of her birthday. Could we move the celebrations to the 12th?

Our older daughter then got a note to say she had to attend an enrolment ceremony for her forthcoming communion at 6.30pm on my baby’s birthday.

Plans got moved. It was all set for 12th October. We decided we would have a family day on 11th, her actual birthday too.

Our tradition is to go out to dinner as a family of five on the actual birthday if the tea party is on another day.  Of course, given we could not go for a family meal out on either the 11th or 12th we decided to go out on 10th. Suddenly we were having a three-day celebration! Three for three!

The first part of Friday was like any other Friday. School runs done, housework blitzed and shopping with my little lady. We picked up lots of supplies for the thirteen adults and eight kids (that includes us!) that were due to be in our house on Sunday.

We had a usual Friday afternoon after school and then got ready to head to dinner when Daddy got home. Little lady, as the birthday girl to be got her choice of establishment. There are only three viable options in our local area. She choose the pub! They do great food and it was a relaxed evening.

Saturday was the big day.  Perhaps unsurprisingly the kids were awake far earlier than any other day of the week.  There were presents to open.  Our little lady was in heaven.  Rather than one big present we got her lots of little ones.  She was thrilled.  Breakfast was gobbled up as we had promised a morning trip to a playcentre.  I’m pretty sure my baby girl thought she was going for an actual party – with friends arriving and a trip to the party room (as she had witnessed her siblings do numerous times before) – but that wasn’t the case.  I don’t think she was disappointed.  There was lots of fun and frolics and a ride on go karts.  Then it was off to get ready for lunch.  We treated them all to McDonald’s before hitting home. 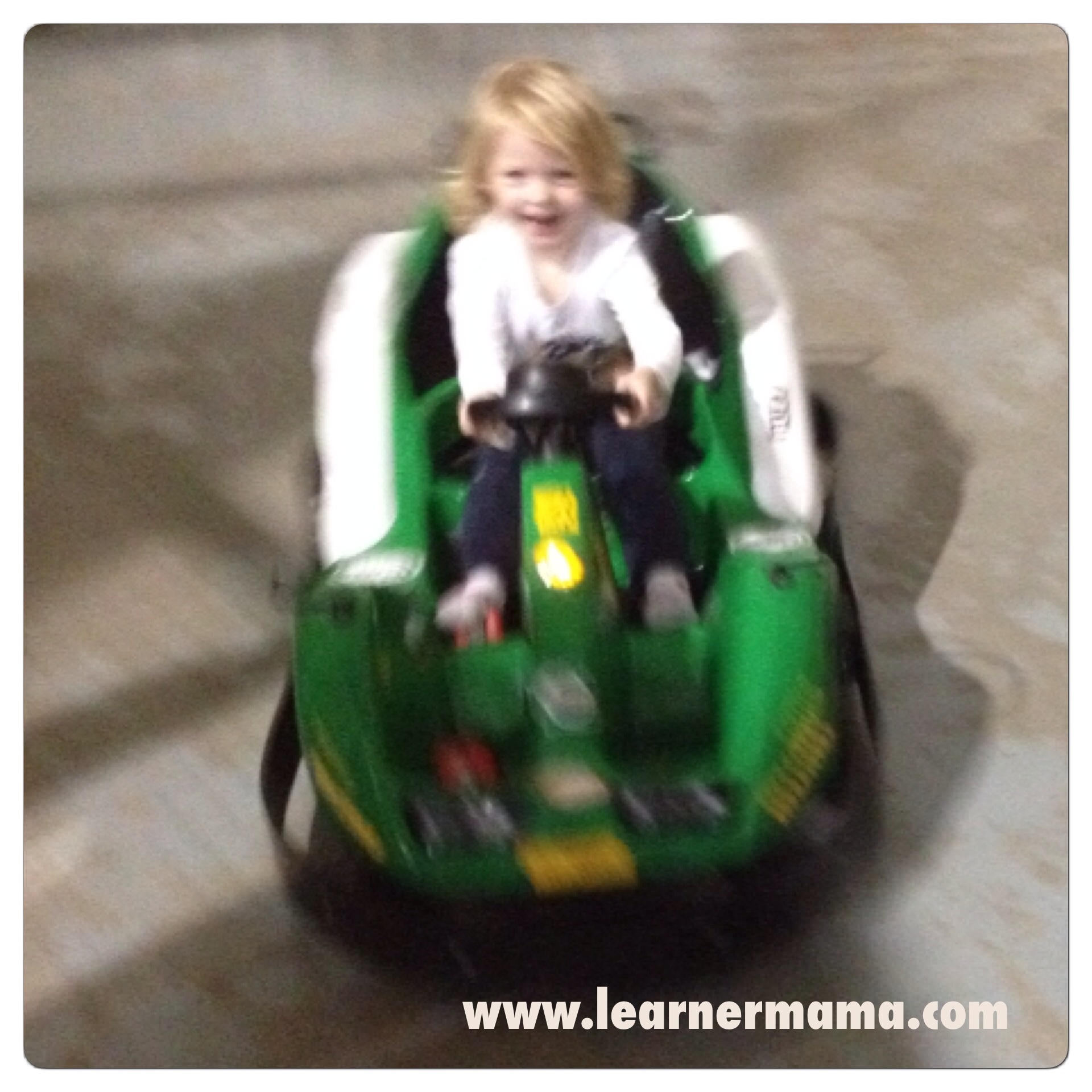 We chilled out for the remainder of the afternoon and my husband and oldest set off for her mass.  Little lady was tired at this point.  Friday was a tiring afternoon and evening and Saturday morning was early and full of excitement but there was a bath with her new Bucky boat to be had and a midnight feast to be eaten (it was not actually at midnight but they call it that!).  She eventually went to sleep, a bit cranky and over-tired about 9.30pm!

Sunday was due to see lots of house cleaning in preparation for party number 3.  Instead we ended up on pox watch.  My little baby had started to break out in Chicken Pox.  I guess it was only a matter of time but the timing Gods were not smiling on us.  There were some furious phone calls and messages sent.  What can you do.  We advised everyone that, as she was still in great form, we would go ahead with party but if anyone had not had Chicken Pox we advised them to stay away.  We lost five adults and five kids from the expected numbers but ended up with eight adults (including us) and three kids (all our own!).

I don’t think she noticed too much.   There were balloons and banners, cake and presents including a bike from Nana which she cycled indoors for half the afternoon.

Despite the one unwanted gift from the virus fairy, she had a lovely weekend and is managing super well with her dose.  In fact I am pretty sure it is a very mild dose and she only has a handful of spots.  Thankfully my other two had Chicken Pox four years ago so, once I get over these next few days of quarantine, I should be done with them forever more! 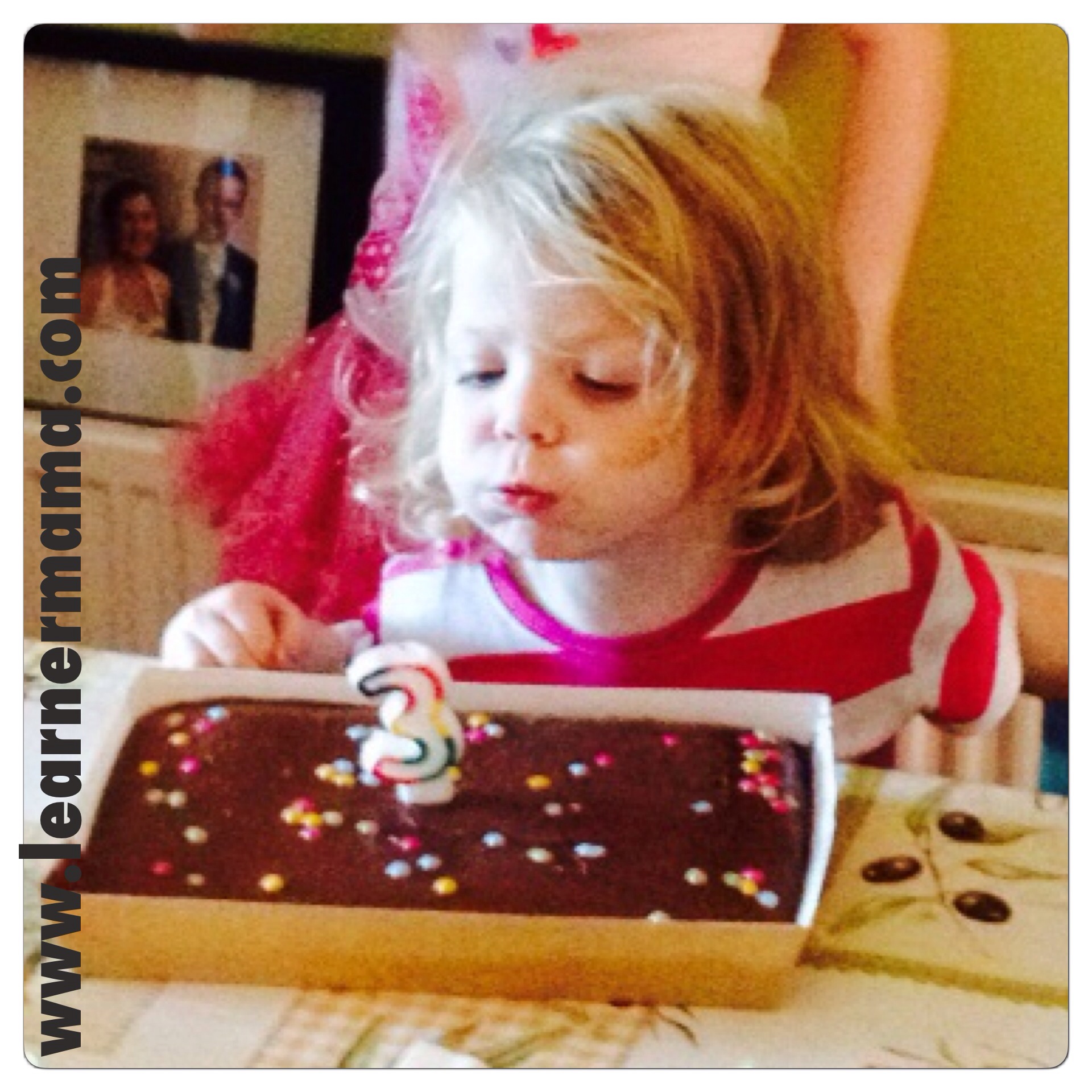 Our Whistle-stop Tour of New York With Kids Part Three: What...

A week in dinners with Bumbles of Rice