So I have just realised my first post was 2nd December 2012.  It was short. Very short!  My journey getting this blog off the ground was not a smooth one.  I bought the URL www.learnermama.com back in August 2010.  I had some unclear notions in my head about having a parenting site and a vague notion of the concept of Learner Mama so bought the URL so it would be mine.

With my domain name came a website builder package so I commenced on a quest to build a website.  Would it be a blog? A discussion board? A more commercial site selling baby things?  I really didn’t have much clarity about where I wanted it to go and with my lack of technical skills it didn’t go very far!

Six months later in around February 2011 I had finally ditched the website builder package that came free with my domain name and figured out how to install wordpress.  Now we were moving!  Of course it was around this time I found out I was pregnant and also with not enough security installed my site the URL got hacked.

I was back to square one.  My site was cleaned and I tried a few times to get things up and running again but it wasn’t happening.  My mum got sick in July 2011, my baby arrived in October 2011 and looking back the fact I hadn’t got the blog sorted meant I really missed a big opportunity to blog my way through it all.  Eventually after returning to work from maternity leave in October 2012 I set my mind to sorting it all out.

I went straight back to the drawing board.  I think I had managed a handful of posts previously but I wiped the slate clean in late October /early November 2012 and set to work starting over.  My first post was published on 2nd December 2012.  Exactly 1 year ago today.

My first 7 months on the blog were a little quiet.  I was working and didn’t really have as much time as I wanted to invest in it.  I took a career break in July 2013 and around the same time joined a great bunch of Irish Parenting Bloggers and since then I haven’t looked back.  Each day, each month I get more confident as a blogger and my audience is growing nicely.

Thank you to everyone who has read, commented, followed me on Facebook or Twitter I hope you will continue on the Learner Mama journey for the next year!

Happy blogiversary to me 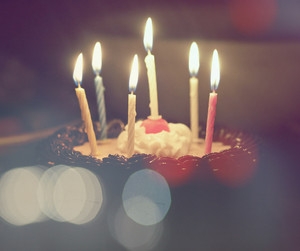