Like almost every other household in the world with young kids, Frozen fever took grip after we went to see the movie at the beginning of the year. Constant singing of “Let it Go”, watching YouTube clips of the movie and eventually, a few weeks ago, a trip to the Disney store where my oldest daughter fell in love with a 12-inch Elsa doll.

It was €30, so not something that I was going to splash out for her on a whim. We told her if she wanted it she would need to save some money, do some jobs and earn it.

We left the store and a few weeks later we were heading off on our trip to Tenerife. Nana and Granny were very generous giving her and her siblings spending money and we added to the pot too. My oldest seemed to get a few extra euros from her grandmothers and immediately she could see Elsa in her sights.

She spent money on the holiday but, with dogged determination to get that Elsa and will power in shops I was in awe of, she arrived back to Ireland with €30 in her wallet. She begged for another trip to the Disney store and deciding it would be a nice adventure I headed off on the train on Friday lunchtime. Daddy met us and we hit the Disney store.

My daughter raced up the stairs to where the Elsa dolls had stood a few weeks earlier. They were gone. Maybe they had moved them. We searched high and low and eventually I asked one of the assistants. Oh yes, she remembered the ones I was talking about but they sold out in a matter of days.

Pure excitement turned to pure devastation in a matter of seconds. Eventually we bought her a DVD to ease the pain but it was unrelenting.

We had planned a bite to eat in TGI Friday’s so undeterred we set off. The tears kept coming. She refused to speak to us (as if it was our fault they sold out). There was momentary guilt as I thought why the hell hadn’t I just picked it up the last time. It’s not that I don’t realise the mania that surrounds Frozen.

By dessert she had calmed down and Mammy and Daddy ordered a cocktail. 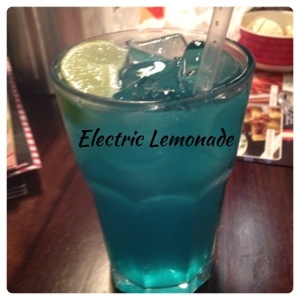 In all the hysterics we had forgotten to pick up a toy for my husbands nephew and we were to go to his 3rd birthday party the next day. We decided we would head down the road to our local Smyths Toy Superstore en route to the party.

Saturday came along and a nights sleep seemed to have eased the upset of the previous day. We got ready for the party and stopped off to get her cousin a present. While in the toy shop we decided to do a quick check in the Frozen section. Lo and behold there were similar dolls – not the exact one she wanted but the same style just Elsa as a toddler – not a grown up. She agreed that it would do and off she went to the cash register to spend the last of her holiday money.

Like every fairy tale there was a happy ending in our house too. 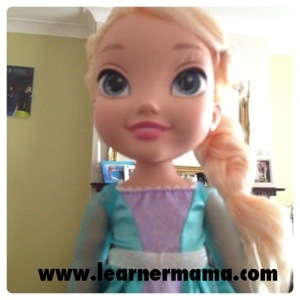 The picnic amateur: What’s in your picnic basket? [Linky]