I have two brothers. A big brother and a little brother.  My little brother is married with two kids living in the UK.  I never met my big brother.  He passed away at 4 days old. It doesn’t even seem right to include the words passed away and days old in the same sentence.  It should be years.  It should be lots of years.  He was born prematurely.  Only by 4 weeks so by today’s standards he should have been okay.  Being born at 36 weeks is almost full term but it was 39 years ago and he didn’t make it.

As we grew up we always celebrated his birthday – 30th November – with a cake, sing happy birthday and celebrate his short life.  Four days later was always a quiet day.  Looking back I’m not sure how my parents did it.  I guess having 3 other happy and healthy kids gets you to try to focus on the positive. 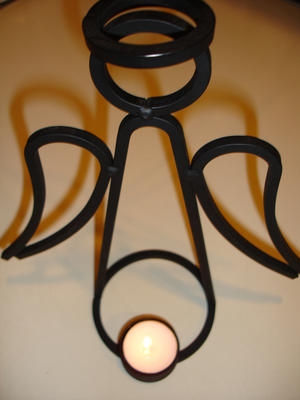 My mum never got to hold him until he had passed away and even at that she wasn’t allowed out of hospital for his funeral and he was buried between two marked graves in an unmarked site.  It is her dream to have him moved to a marked site in Dublin but they have told her they don’t know where he is buried.  How can that be possible? How can they have a funeral and put a baby’s body in the ground and not know or record where he went? They are going to try again to find him in the New Year.

There was so little recognition for this new life that ended almost the same time it began – and far far too soon.

The only two possessions are a little photo my dad secretly took of him laid out and his birth cert.  My mum could never bring herself to get his death certificate – and what was the point?  He had no estate to his name and no affairs to get in order.  She knows he is dead – I am sure a day hasn’t gone by that she hasn’t thought about him.  It is still an emotional time of year for her – and all the family.

It would have been lovely to have met him  and to have had a big brother in my life but maybe I wouldn’t be here myself as I was their next child – the replacement.  I don’t mean that in a horrible way but only that they obviously wanted a child and when they lost him they had another and I am it.  Had he lived they probably wouldn’t have been trying for another child right at that time – that is the incredible thing about all of being here – it is all about timing.

Over the years I have come to realise that while I might be a replacement I am a very much wanted child – maybe even more so than anyone who wants a child in regular circumstances – and that is a lovely feeling among the sadness of a little babies loss.

We continue to always remember our “little” big brother.  I tend to talk to him or pray to him in times of stress or sadness.  My most memorable moment to appeal to him when my mum was in Intensive care just over 2 years ago having suffered a brain haemorrhage.  I asked him not to let mum in to him yet – that I knew he wanted to see her again but to wait until another time – leave her here with us.  I’m grateful he listened!

As a mother now myself I cannot even imagine the unbearable feeling of loss when it comes to neonatal death and how my parents continued on.  But he is always in our thoughts and hearts and we wish him a very Happy birthday today.

If you have been affected by Neonatal Death, within Ireland there are a couple of great organisations that can help.  A Little Lifetime Foundation (formerly knowns as ISANDS) who are at www.alittlelifetime.ie or they are still on their old address www.isands.ie and Feileacain, the Stillbirth and Neonatal Death Association of Ireland who are at http://www.feileacain.ie/

In the UK there is a similar organisation called SANDS and they are at http://www.uk-sands.org/.

Of course where ever you are in the world the medical team should be there to support and advise you of help and assistance you can get.

When was taking a photo so hard?

And the winner is……