On my list of things to do in 2016 was a health M.O.T. First on my list in January was to have my smear test, that lovely test that scrapes some cells from your cervix (the neck of your womb).   I have been relatively good about getting them on time (every 3 years for me) since my college years, bar a few months here or there due to pregnancies.

My most recent one was due last September but due to a project I was working on it remained on the “to do” list for longer than I had hoped. I eventually got it scheduled in the New Year and a few weeks ago attended for the test.

Let’s face it, it’s not a fun few minutes but at the end of the day being a psoriasis sufferer and having had three kids, all by C-section, medical practitioners have seen practically every part of me inside and out so I try not to bat an eyelid.

The test is so quick, I mean I probably spent more time getting undressed and re-dressed then the time it took to actually do the test.  In Ireland it is also free so really there are no excuses not to go.  It’s one of those things that the thought of is worse than the reality. 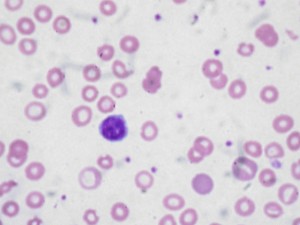 Once it was done there was a sense of relief that it was all done and dusted for another 3 years and I got on with business as normal until yesterday when I got a phone call from the nurse in my GP practice. She had my results. They had found abnormal cells and I had HPV (human papillomavirus).

I was standing on a train at the time and of course didn’t have any immediate questions. She reassured me that it was nothing to worry about (words which all they do is trigger worry) but I was being referred for a colposcopy; which I have since learnt is just a further examination of the cervix. She told me to have a look at the information on the web and that she would take care of arrangements.

Once I put the phone down my mind went into overdrive. I knew HPV was the virus associated with cervical cancer so I pretty much had myself dead and buried within a matter of a couple of years.

I was en route to a meeting so let’s just say my mind was not exactly focused once I got there.

Once I got a chance later on I did a bit of research and felt a little calmer. It was very common to get abnormal results; it could be high-grade changes or low-grade changes but either way was mostly very treatable.

I wondered whether I had high or low-grade changes, how long I would have to wait for the colposcopy and if my health insurance could help me cover a private visit. The nurse had told me to call if I had any questions so now that my mind was whizzing with them I thought it best to call back.  I did, but the nurse was gone for the day. The receptionist took a message and said she would get someone to call me but it could be in the morning.

I resigned myself to a sleepless night until about 20 minutes later my lovely GP called me directly herself. She told me it was low-grade changes, classed CIN1 and that ordinarily they would just call me back for a repeat test in 6-12 months but now, where they find low grade changes they test for HPV.  As it turned out I was positive for HPV as well as having the low grade changes the result was the referral for further examination. She reassured me that it was all at the mild end of the scale and that I would be well checked and monitored.

I had a wonderful nights sleep. I was thankful that I did (eventually) pick up the phone and make that appointment for my smear under what certainly seems to be a great screening programme. If left untreated the mild changes could become higher grade changes and over time possibly develop into cancer. I will not be taking that chance.

Obviously all this information is probably TMI for many and I don’t usually share every intimate detail of my medical history but there is an important message here (not least to myself).  The reason I am sharing my cervical woes is to urge you if you haven’t had a smear, or are overdue your current one, to pick up the phone and make that appointment. It is only a few minutes and could literally save your life.

All of the information you need if you are in Ireland can be found on the Cervical Check website including the ability to check when your next smear is due; though you should get a reminder letter in the post.

The NHS in the UK also provides a screening programme with all the information here.

Where ever you are in the world find out how and where to get your cervical screening done. 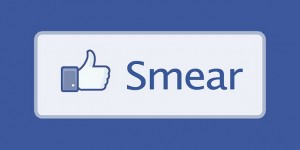 I now await my colposcopy appointment which will also be free.  From what I read it will be similar enough to the smear test so nothing major to worry about and I will then just have to see what they say.  Given it is low-grade changes they may just re-test in a few months or there are treatments they can do there and then that eliminate the abnormal cells.

Either way I suspect I will be having a few additional colposcopies and smears over the coming years but that does not bother me if it means keeping my cervix in good health.