My son had his first play date a few days ago. He is four. My older daughter was a social butterfly and had party invitations and play dates coming out her ears from an early age.  My son on the other hand is much quieter. He doesn’t care too much for that type of thing – almost objecting to any notion of going to someone’s house.

I heard from the staff in his crèche that he had become good friends with a little boy. I was delighted. This was the third friend I’d heard about. The first moved crèches. The second changed hours and here we are on friend three!  He seems to be a serial monogomist when it comes to friends! 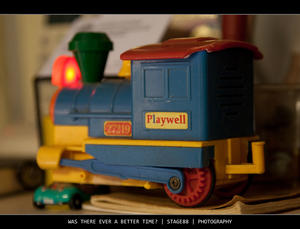 In this case the boys mum left his contact details for me if I wanted to arrange a play date. I did. It turned out we lived in the same estate so agreed to meet on the green area in the middle. Neutral territory! Eventually, given the changeable weather and the fact they weren’t really playing, his mum invited us to her house. I went and had a coffee and the boys started to play. Happy days!

Two hours later I couldn’t get my little man home. So I left without him, leaving a massive mess the boys made and the mum agreeing to have him dropped home in another half hour. He arrived home just on time for dinner having had a great time and wondering when his friend is coming here to play! Yeah, so proud of my quiet little boy. I’m sure he will do just great in school!

Ten things I love (and hate) about toddlers