My husband travels with work. He has done for about 18-20 months now. When it started I was on maternity leave – 8 months in so everything had settled down and I didn’t mind. It was a new company he had joined so we both knew he would have to put in a few hours and trips in the first few months. 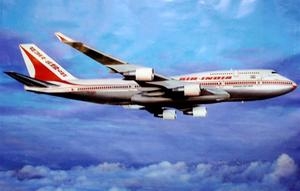 I went back to work after 4 months of him in his new job. We got an au pair which was our saving grace. I wouldn’t have coped on my own. She was a star.

Roll on to my career break and the travel continues but without me commuting and without the busy full-time job. It has become part of our family routine and we don’t blink an eye when he says he has to head to London, Rome, Madrid or wherever!

Another string to my husbands bow is that he adores skiing. He started at about 4 years old. He skied competitively until his mid to late teens. In 2009 he became involved in the Irish ski team. His brother was on it and he became involved as a volunteer. He travelled to Val D’Isere in France while I was 36 weeks pregnant on my 2nd for the Alpine World Championships and that was my first time flying solo, looking after my daughter on my own for that long. It was also his first Valentine’s Day away.

Roll on 12 months and it was a Winter Olympics year. Vancouver 2010. His brother was skiing for Ireland and he was involved in the team management side. He travelled to Vancouver for 18 days and again missed Valentine’s a Day!

One more year later and I was pregnant again and he was off again to the World Championships in Garmish, Germany. Another Valentine’s a Day missed! 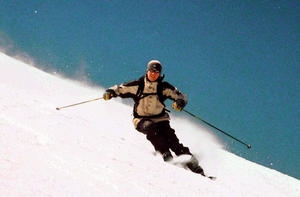 The only Valentine’s Day my husband was in the country for in recent years was in 2012. I was on maternity leave and in the end we did nothing out of the ordinary!

So, I guess he thought why not head off again in 2013. Another World Championships and another Valentine’s Day away! So here we are. Valentine’s Day 2014 and he reached a compromise! He was here this morning but we all waved him off at 2.30pm and he is en route to Sochi in Russia to join Team Ireland.

I am now used to flying solo. I have 10 nights ahead of me. It’s school mid-term so I have them to entertain.

But in the meantime I will have a glass of wine and blog my way through Valentine’s Day 2014!

Finding our after-school balance (and why doing nothing is a perfectly...