You may have seen that it was my tenth wedding anniversary recently. It’s not every day you get to celebrate ten years as a married couple and I certainly have no plans to be doing it again. With this in mind, discussions had been ongoing from earlier this year about how we were going to mark the big occasion. 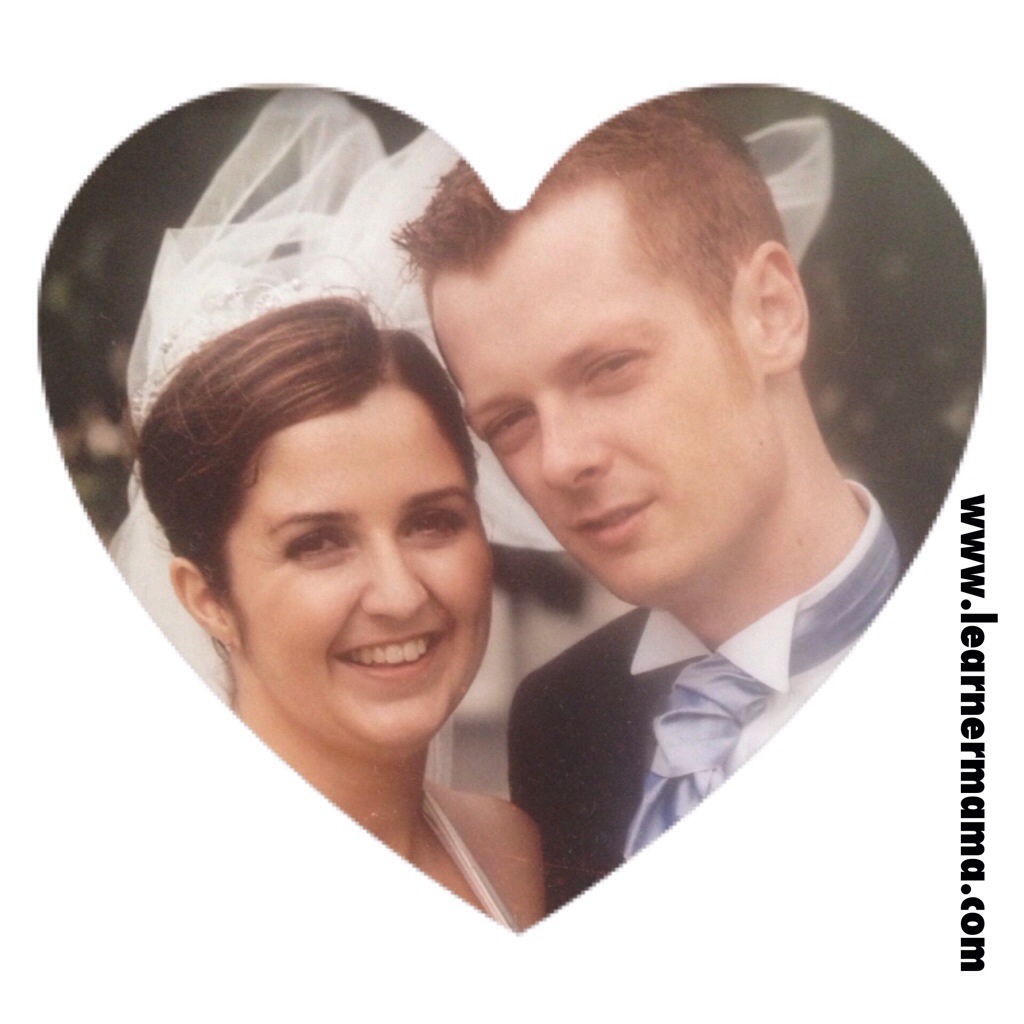 On our first wedding anniversary we didn’t have kids.  The world was our oyster. My husband told me to book a particular Friday off work and he would do the rest. It was all going to be a surprise. Of course, leaving two Paris guide books on the passenger seat of the car when I get in it to go out somewhere kind of gave the game away, but we had a lovely weekend in the romantic city.

Roll on to our fifth wedding anniversary and we had two kids under our belt. My parents kindly offered to baby sit and we took off again, this time to London. We had a lovely weekend, caught a show in the West end (Mama Mia) and I caught up with my brother and his wife who live over there.

With two of the biggest European cities done we cast our eye on a break to Madrid for our tenth anniversary. However, now with three kids and my mum having suffered with ill-health over the last number of years we had to get some baby sitting sorted first before we could make some plans. My parents in law, now both retired, kindly agreed to take the three of them for us to be able to take a two night break away. With flights to most European cities departing at ungodly hours of the morning and, with not wanting to be too far away from the three kids, I suggested we look closer to home. I reckoned without the cost of flights we could look at more luxurious accommodation.

About the same time as our search for a luxurious romantic spot was kicking off, the rumours that Kim Kardashian and Kanye West were staying in Castlemartyr Resort in Cork on their recent Irish honeymoon.  I was intrigued as I had never heard of the place but a quick Google of Castlemartyr and I thought, now there is a place I could go to celebrate my tenth anniversary.

I mentioned it to my mother who had noticed a Diningroom.ie voucher for 2 nights B&B in a deluxe suite, dinner in the à la carte restaurant, prosecco on arrival and €20 credit in the Spa all for €225 each.  This fit the bill perfectly!

As our anniversary fell on a Wednesday we booked to travel on the Friday.  So, Friday 5th September we dropped the kids to school (I have to say I was a little sad saying goodbye to them) and at around lunchtime my parents in law took our 2-year-old and we headed off.

It is such an easy journey, with motorway almost all the way.  We arrived through the gates of the hotel about 4pm and made our way up the long, slightly winding estate road to the entrance.  There was a red carpet and wedding car in the set down / valet parking area so we couldn’t pull in and headed down the road to seek out parking.  It seemed a bit chaotic with cars parked all along the roadway, presumably from the wedding guests, but we eventually found a spot ourselves and walked back to the entrance.  We did later realise there was a full car park slightly further down but either way it is quite a walk back to the front door, especially with bags.  I guess that is where the valet parking comes in but we got unlucky that the wedding was just arriving.  I always hate arriving at hotels and then walking in on someone else’s red carpet.  It just doesn’t seem right. Like I’m gate crashing! It probably very slightly tainted our first impression that we were arriving to five-star luxury.

We got to reception, it was quite small, but we were checked in efficiently.  We were pointed down a corridor to our room however we must have walked the guts of a kilometre before we found our room.  It was the second last room in the whole hotel!! 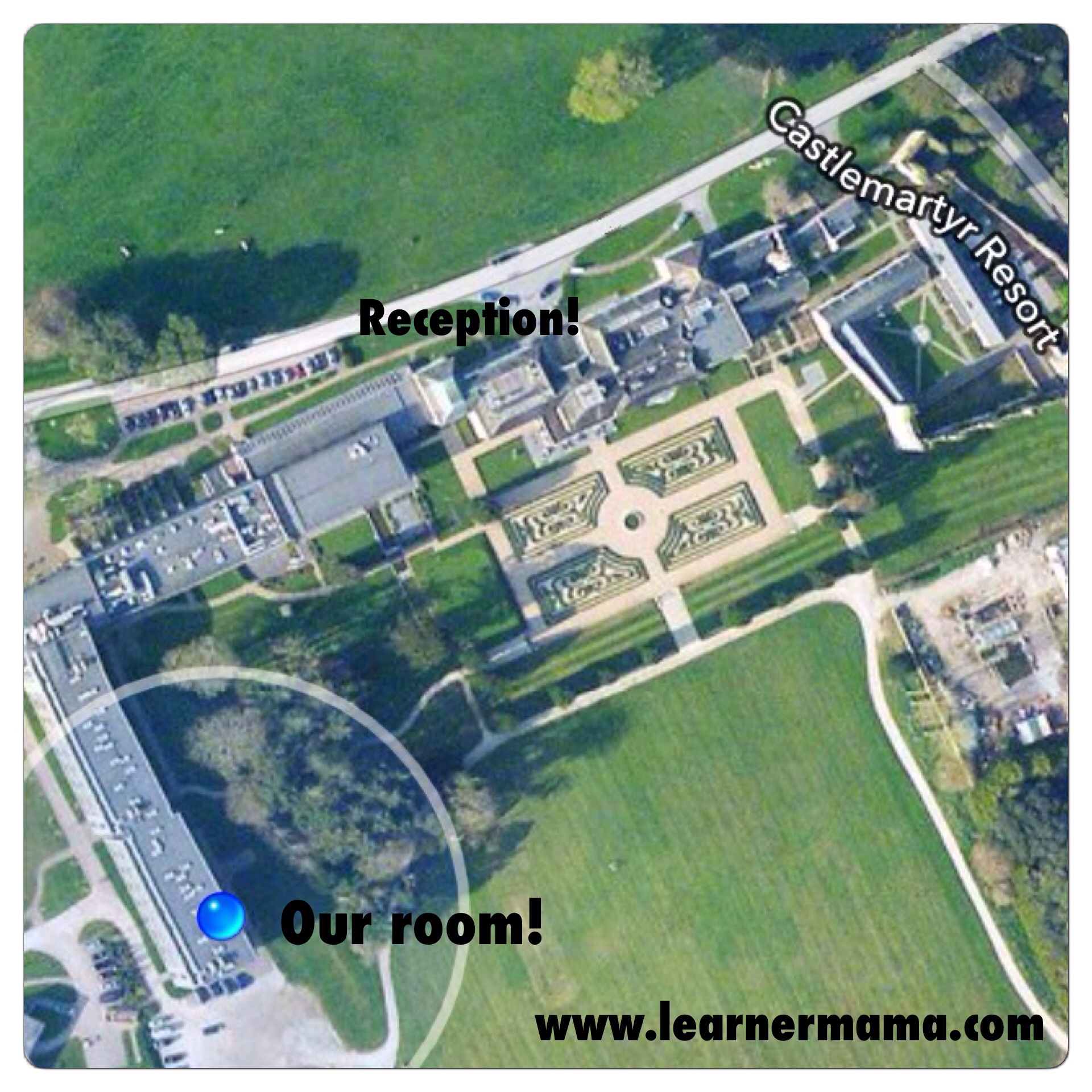 As we opened the door our walk was worth it.  The room was amazing.  It was everything I had expected and more from a five-star suite.  A lovely spacious lounge area, a massive king sized bed and a bathroom with copious amount of marble. 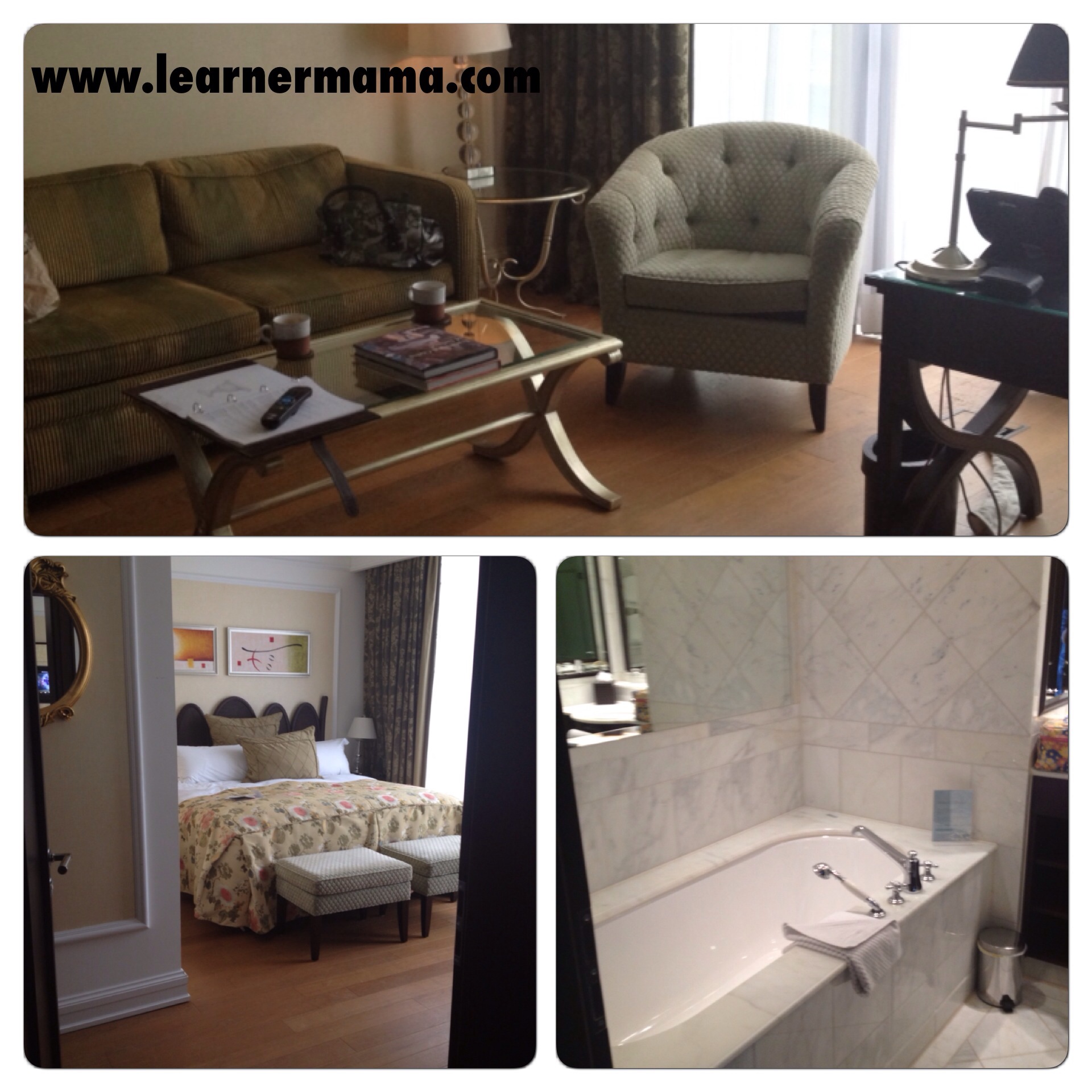 We sat down to plan our next move before realising there had been no mention of our glass of prosecco on arrival and it wasn’t in the bedroom.  We decided to raise it with reception later and made a coffee instead as there was a fabulous coffee machine – one of the capsule type.  While enjoying a coffee we decided to go for a quick swim before coming back to get ready for dinner.

We hit the pool around 5pm and had a lovely swim and a chill out in the jacuzzi. Such a different experience without kids.

The Spa looked amazing so, having not booked anything before arriving, I chanced a booking for something simple for the next day.  I got booked in for an eyebrow shape at 11am the next day – can it get much simpler!

Back up to the room for a shower and we got ready for dinner which was , for the first night, booked in Francinis’, the casual dining restaurant.

We got a nice little table, a lovely bottle of wine and ordered our food. I had a calamari and prawn starter which was to die for and then had a seafood risotto for main which was nice, but filling. We shared a desert of tiramisu which I regretted as it was amazing! Could easily have eaten one by myself despite being stuffed! We washed the whole meal down with a Bailey’s on ice. Devine!

We took a stroll up to the bar but it was quite busy and there was live music so, in our attempt at total chill out, we decided to go back to the room. After our big meal and few drinks I was shattered. Relaxing can be a tiring business so I climbed into our mammoth bed.  It was so luxurious.  I practically sank into the pillows. I slept like a log. It was so nice not having anyone calling or climbing into us in the middle if the night.

I woke up about 9am (a veritable sleep in!) feeling completely refreshed. Amazing what a good nights sleep in a luxurious bed can do. Ready to tackle our one full day away from the kids.

See how we got on in part two of my weekend without kids!

The passport has arrived!