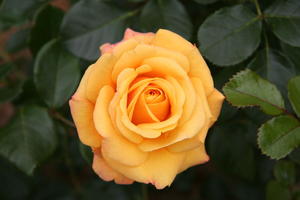 One of the biggest decisions to make once your baby has arrived is naming it.  Of course this process starts the minute you see the positive pregnancy test!  And indeed for some before they are even pregnant 🙂

You may have gone through your pregnancy teasing out different names, different combinations of names with the baby’s surnames – does it suit? Sound right?

I think most mums and dads end up at the very least with a shortlist – whatever way you want to do it by the time baby actually arrives the naming process has almost come to a conclusion.

Of course if you haven’t found out the baby’s gender you may have two shortlists!  You can always use the un-used one next time around for baby number 2 🙂

In my case I had two shortlists on my first.

I was convinced I was having a boy.  To the point that when I was very suddenly admitted to hospital and minutes later brought to theatre to deliver number 1 I turned to my husband and said “What are we going to call him?”  We agreed Matthew!

Of course when out popped a girl and the theatre midwife asked if we had a name I thought it best not to say Matthew and looked at hubby and said Emily!

When it came to our second child we again had two shortlists – not dissimilar to the first! However when our second arrived and actually was a boy this time I was not so quick to name him.  I loved Matthew but it sounds strange but almost felt that it was Emily’s boys name!

It took me over 24 hours before I admitted I was being silly and announced that our little boy was to be Matthew.

By the time our third arrived we again took 24 hours to name her.  I was glad it was a girl – I had no boys names I really liked.  By now I had also added Zoe and Isabella to my girls shortlist.

I loved Rebecca but my cousin had a baby girl 3 weeks before me and named her Rebecca so I thought I had better pick another – Zoe it was!

Every year the Central Statistics Office issue details of the baby names that have been registered in Ireland.  They came out this weekend.

My girls Emily tops the poll for the second year in a row.  For my other two they do make the top 100 list with Matthew the 24th most popular boys name and Zoe, less popular at 34th on the girls list.

Where do your kids names sit?

Don’t wish your life away